Matinee idol John Lloyd Cruz and blockbuster directors Jerrold Tarog and Erik Matti are among the many admirers of “Apocalypse Child,” a sexy drama about a surfing instructor’s search for his real father and his real self. The movie opens in cinemas nationwide on October 26. The award-winning Filipino film stars an acclaimed cast (Sid Lucero, RK Bagatsing, Gwen Zamora, Ana Abad Santos, Annicka Dolonius, Archie Alemania), features the breathtaking Baler seascape, and a very intriguing premise.

“Apocalypse Child” tells the story of Ford (played by Sid Lucero), a surfing instructor in Baler who is supposedly the love child of Chona (portrayed by Ana Abad Santos) with American director Francis Ford Copolla who shot the film, “Apocalypse Now” in Baler during the 1970s. One summer, the adult Ford needs to confront his true identity when his childhood friend, Rich (RK Bagatsing), now a congressman, returns to Baler with fiancee Serena (Gwen Zamora). Ford teaches Serena how to surf and this upsets Fiona (Annicka Dolonius), a budding surfer who has fallen in love with Ford.

Since its success at the 3rd QCinema International Film Festival where it won Best Picture, “Apocalypse Child” has captured the minds and hearts of viewers here and abroad. The film has been screened in international filmfests in Italy, New York, Korea, Hawaii, Warsaw, and Ireland. It has played to SRO previews in various local venues such as Pineapple Lab in Makati. 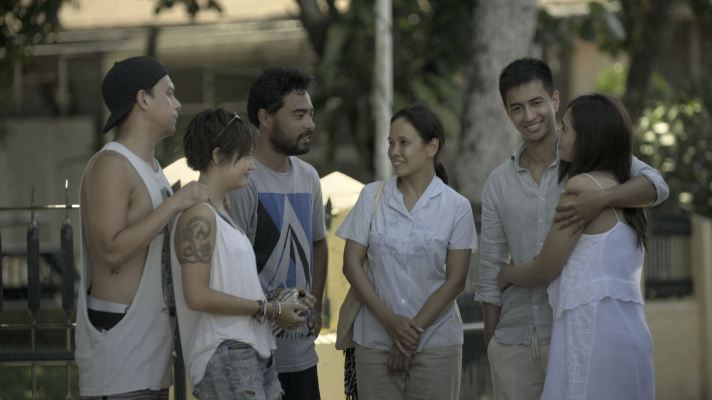 Producers Arkeo Films and Skinny People Productions intially planned to continue the series of screenings but eventually decided on a wide commercial release. “The response of the audience has been overwhelming. There is passionate love for the film,” says director and co-writer Mario Cornejo. “Every time we showed it, people would ask us, ‘When are you going to show it in theaters?’ They want to watch the movie again and bring along their family and friends.”

Actor John Lloyd Cruz and directors Jerrold Tarog and Erik Matti, are just some of those who’ve seen it and have given their “two thumbs up” (along with the Cinema Evaluation Board that gave “Apocalypse Child” a grade of “A.”)

Co-writer and producer Monster Jimenez relates that John Lloyd quietly attended the Pineapple Lab screening of “Apocalypse Child” last August. After watching, he texted his reaction to a friend who passed the message to Monster. “Absolutely stunning and original. One of the best I’ve seen this year. — but what I really wanna say is ‘P*tang Ina! Ang ganda!!”

Jerrold, the director of box-office indie “Heneral Luna” has been posting about “Apocalypse Child” on Facebook page, long before the announcement of the commercial release, urging his friends and followers to watch it. He said, “It’s a rare Pinoy film that gets the dynamics of complex relationships just right. Very real and honest. One of the best local films ever made.” 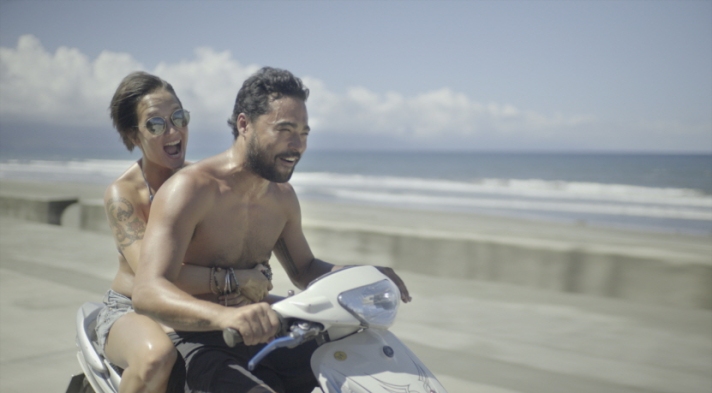 Erik was already raving about “Apocalypse Child” in its work-in-progress status and more so when he saw the final cut. Erik said, “As soon as the movie starts with the voice-over talking about myths, I knew I was in for a really good ride.” Direk Erik described “Apocalypse Child” as “alluring, unpredictable, strange and poignant. Mario and Monster craft a film with great performances, editing and cinematography.” Moreover, he praised Mario by saying, “(He) is one of the few Filipino directors who know how to use the elements of film other than just having a good script in hand.”

One viewer who certainly loves the surfing film is actress and former beauty queen Dindi Gallardo whom Monster reveals “Must have seen the movie at least three times!” Dindi told Monster, “It’s a naturalistic film that’s absorbing and powerfully acted.”

“Apocalypse Child” is rated R-16 by the MTRCB and is distributed by Solar Entertainment.

Check out the poster below and watch the film when it opens nationwide on November 23.

“Allied” is the story of intelligence officer Max Vatan (Pitt), who in 1942 North Africa encounters French Resistance fighter Marianne Beausejour (Cotillard) on a deadly mission behind enemy lines. Reunited in London, their relationship is threatened by the extreme pressures of the war.

“Allied” is distributed by United International Pictures through Columbia Pictures.

In Columbia Pictures’ provocative science-fiction thriller Arrival, a mysterious spacecraft touches down across the globe, and an elite team – lead by expert linguist Louise Banks (Amy Adams) – are brought together to investigate. As mankind teeters on the verge of global war, Banks and the team race against time for answers – and to find them, she will take a chance that could threaten her life, and quite possibly humanity. Also starring Jeremy Renner and Forest Whitaker.

“I’ve dreamed of doing science fiction since I was ten years old,” explains director Denis Villeneuve, who fell deeply in love with the short story Arrival is based upon, Ted Chiang’s ‘Story of Your Life.’ “It’s a genre that I feel has a lot of power and the tools to explore our reality in a very dynamic way.”

“After producers Dan Levine and Dan Cohen first contacted me about doing a movie,” says Chiang, “they sent me a DVD of Denis’ film, Incendies (2010), to give me an idea of what they had in mind. That played a big part in my taking them seriously. If they had sent me a copy of a conventional Hollywood science-fiction movie, I probably would have ignored them. It wasn’t until a few years later that Denis was actually attached to direct, but he was the director they had in mind from the beginning.”

Villeneuve approached Arrival differently for a number of reasons. Even though he thought ‘Story of Your Life’ was “fantastic material” he simply didn’t have time to write the screenplay because he was in the middle of shooting Prisoners (2013). “I had no time to write a screenplay,” says Villeneuve, “and, to be honest, I didn’t know how to crack that short story because it’s very intellectual, in a strong and beautiful way, but from a dramatic point of view it’s a bit difficult to articulate because it’s about process.”

Villeneuve left it with the producers, including executive producer and screenwriter Eric Heisserer, who had already been working on an adaptation of the short story from early on in the production process. “They came back a few months later with a screenplay written by Eric Heisserer that was surprisingly good,” says Villeneuve. “I say surprising because Eric was able to crack it and create a sense of tension and a drama inside of that process of translation.” Villeneuve was on board.

Heisserer was equally taken by Chiang’s story. “Ted’s short story gripped me in a way that very few stories do,” recounts Heisserer. “It wasn’t that I felt that the qualities of the story were inherently cinematic, but it gave me something that I hadn’t had in a long time. It fed my brain and my heart. It made me think and feel, and it treated me with a lot of respect as an intelligent reader. At the end of the day I felt it gave an optimistic message about humanity, and in turn about myself.”

“Eric and I didn’t talk about the script as it was being written,” explains Chiang. “He pitched me his idea for the script early on in order to get me to grant permission. I should note that when I wrote the story, I never envisioned it being made into a film and I had difficulty imagining what a film adaptation of it would look like. When I heard Eric’s pitch I was able to visualize the film he had in mind and I liked it, so I let him go ahead and write a script. After he had finished it, I read it and offered a few comments. Over the years the script has undergone some changes, but in most ways it’s still what Eric originally pitched.”

Opening across the Philippines on December 7, 2016, Arrival is distributed in the Philippines by Columbia Pictures, local office of Sony Pictures Releasing International.