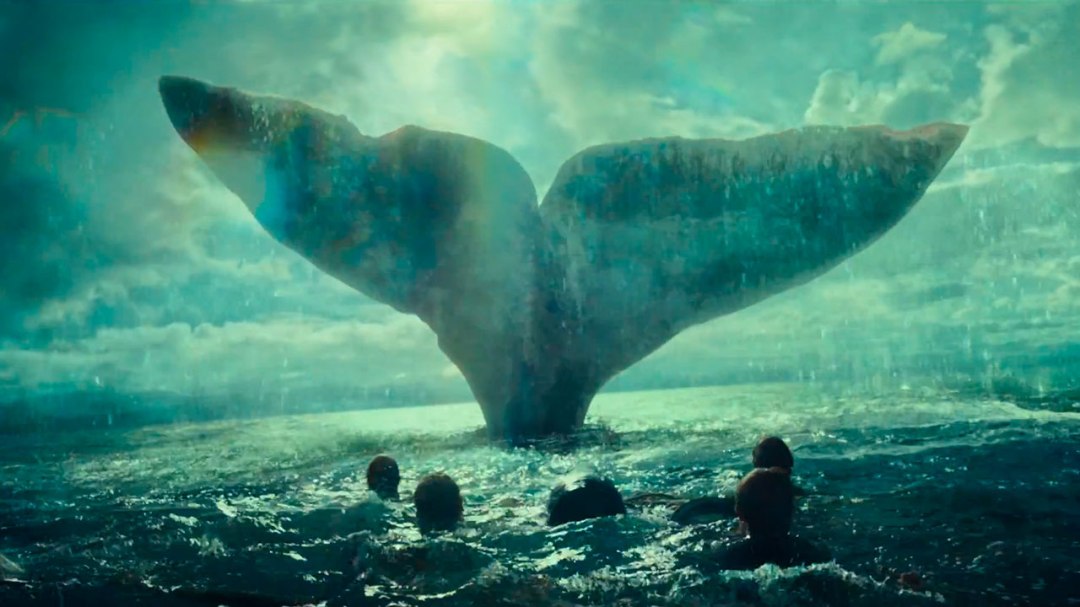 It is one of the greatest seafaring tales of all time: the Nantucket whaling ship Essex was attacked by a leviathan—a white whale of singular size and intent—leaving only a few of its crew to overcome near-impossible odds and live to recount their experience. But in the almost 200 years since that harrowing voyage, the truth faded into history, eclipsed by the celebrated novel it inspired, Herman Melville’s Moby-Dick. Now, with acclaimed director Ron Howard at the helm, the legend of the Essex, her courageous crew, and that mythic white whale comes to the big screen for the first time in Warner Bros. Pictures’ epic adventure In the Heart of the Sea.

Moby-Dick is fiction; however “In the Heart of the Sea” brings to life the powerful saga that would fuel Melville’s defining and enduring novel. Howard says, “The true story of the Essex is fantastic. It’s visceral; it’s rich and cinematic at its core, with lots of twists and turns along the way. And though the film is set in the past, it touches on ideas about relationships, survival, humanity and nature that are relatable and thought-provoking, and connect to our own sensibilities about who we are as people.” 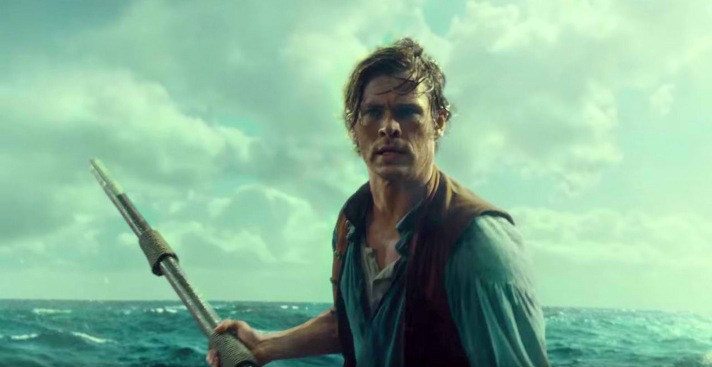 Howard initially received the screenplay from actor Chris Hemsworth when they were working together on “Rush.” Hemsworth, who stars in the film as Essex First Mate Owen Chase, remarks, “I loved the script from the start. ‘In the Heart of the Sea’ is about heroism and people being tested beyond their limits in absolutely every way. I was also captivated by the psychological thriller aspect of the whale turning the tables on them. There is something incredibly mysterious about how this animal is portrayed—why the whale goes on the attack, which was unlike anything the Essex crew had ever encountered. The hunter becomes the hunted.”

Howard acknowledges that when Hemsworth initially approached him about the project, “I didn’t know anything about the Essex and didn’t know the script was based on events that were very real. But when I learned this had actually happened, it was mind-blowing. I instantly began to visualize a movie that would be raw and intense…a movie that I would want to see, which is the crucial litmus test for me.”

The extraordinary journey of the Essex and her crew was chronicled by Nathaniel Philbrick in his book In the Heart of the Sea: The Tragedy of the Whaleship Essex. The author and historian, who calls Nantucket home, had a long-held fascination with the industry that had put the small Massachusetts island on the map. “The book grew out of my curiosity about how it was back in the day when Nantucket was the capital of American whaling. This was a story that got under my skin.” 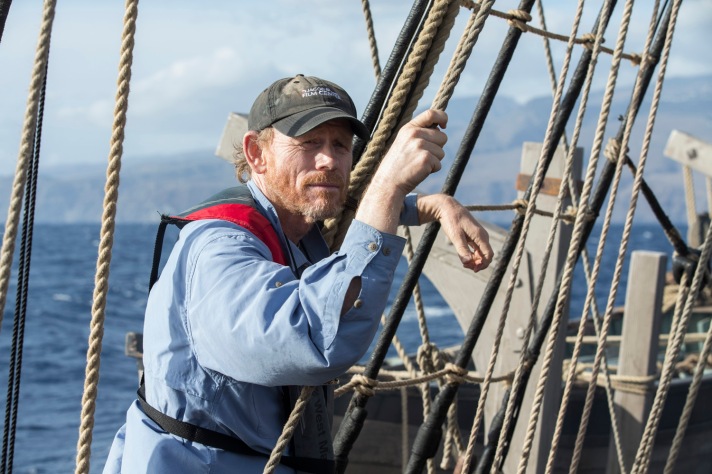 Hemsworth believes the film could not have been in better hands than Howard’s. “Ron has the biggest heart of anyone I know and has the best work ethic,” says Hemsworth. “As a filmmaker, he is always pushing the envelope. You look at the movies he’s done in his career and you can’t put them in a box—from huge comedies to compelling dramas to big action, he’s done it all, and done it with integrity and intelligence. ‘In the Heart of the Sea’ was a demanding endeavor for all of us, and when you go through something like that, you need to be arm-in-arm with one another, and supporting each other. He constantly kept us on our toes, but that’s what you want as an actor—to be challenged and inspired.”

Howard reveals that is always his goal, noting, “When I go to the movies I want to be transported, and I saw ‘In the Heart of the Sea’ as an exciting opportunity to transport audiences. I wanted to take them on a ride in a really vivid, cool way. I realized that telling the story the way it should be told was full of challenges, but they were challenges that could now be met. We could put it on the big screen in a way that was convincing, exciting and lived up to the promise of what the film could offer.”

Opening across the Philippines on December 3, 2015 in theaters and IMAX®, In the Heart of the Sea is distributed by Warner Bros. Pictures, a Warner Bros. Entertainment Company.