Following up on the worldwide successes of “The Da Vinci Code” (2006) and “Angels & Demons” (2009) is Columbia Pictures’ “Inferno,” the third highly anticipated adaptation in Dan Brown’s Robert Langdon series of novels. “Inferno,” the latest addition in the $1.2 billion film franchise, was the best-selling adult book of 2013, proving that readers around the world can’t get enough of Robert Langdon.

Tom Hanks, who returns in one of his signature roles playing the quick-thinking and resourceful Langdon, explains the attraction. “There is something Dan Brown has figured out – everybody likes a good puzzle, especially one you can actually figure out the clues to one at a time and solve,” he says. “These movies give that to the audience – it is almost an interactive film, and it has been like that since The Da Vinci Code.”

Borrowing its title from Dante’s masterwork, the Latin word for Hell, “Inferno” has the added the component of a psychological thriller. In the film, Dr. Robert Langdon wakes up to face his biggest challenge yet – he has lost his memory. Haunted by feverish visions and intense headaches, he must find out what has happened to him, and why. 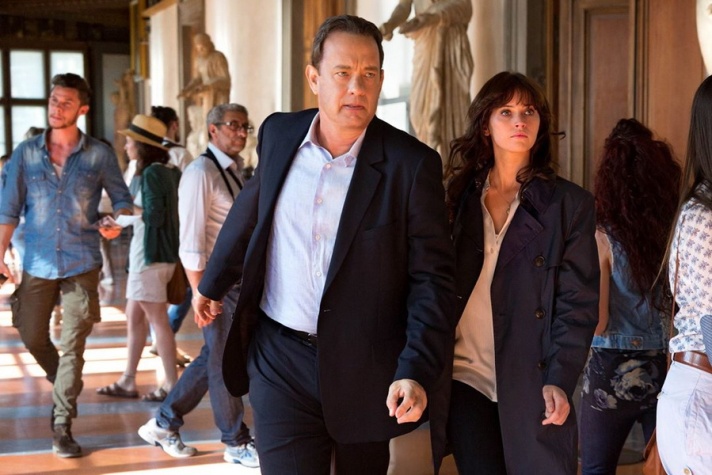 Hanks explains, “Hell for Langdon in the movie is both a state of mind and a very physical experience because he is wracked with pain in his head and he is tortured by the fact he is ignorant of the reasons why.”

“Inferno” is the most visually stylistic film in the series so far, with a series of cryptic dream sequences that take audiences inside Langdon’s head and lend an entirely different feel than previous installments.

In the film, Langdon must make sense of clues relating to Dante’s epic poem. Director Ron Howard explains, “Langdon’s hallucinating mind is tormented by a man obsessed with Dante. He’s forced to pick up the pieces and make sense of this clue path that’s been laid before him.”

Just as he did in “The Da Vinci Code” and “Angels & Demons,” Dan Brown touches on topics in “Inferno” that are highly relevant to today’s world. In Brown’s novels and in the films, Hanks points out, “There is always some degree of a question.” In “Inferno,” the questions revolve around overpopulation. “Are there really too many people being born? Is there a way we may be able to solve our overpopulation? Or will our world become a new version of Dante’s Inferno?”

Opening across the Philippines on October 12, 2016, “Inferno” is distributed by Columbia Pictures, local office of Sony Pictures Releasing International. #InfernoMovie