Now on its 12th year, Cinema One Originals Festival 2016 will run from November 14 to 22 at Trinoma, Gateway Cineplex, Greenhills Theater Mall, Glorietta 4, and Cinematheque Centre Manila. This year’s tagline is “Ano’ng Tingin Mo.”

Schedules are subject to change. Check on cinema schedules for confirmation. 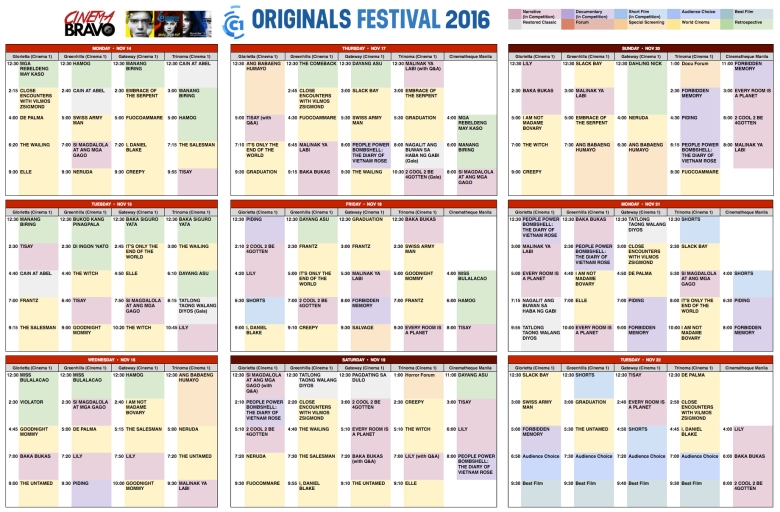 The following 7 finalists for the full-length feature film category were each granted a P3-million seed:

The following 3 finalists for the documentary feature film category were each granted a P1.5-million seed:

BEST OF CINEMA ONE ORIGINALS 2015