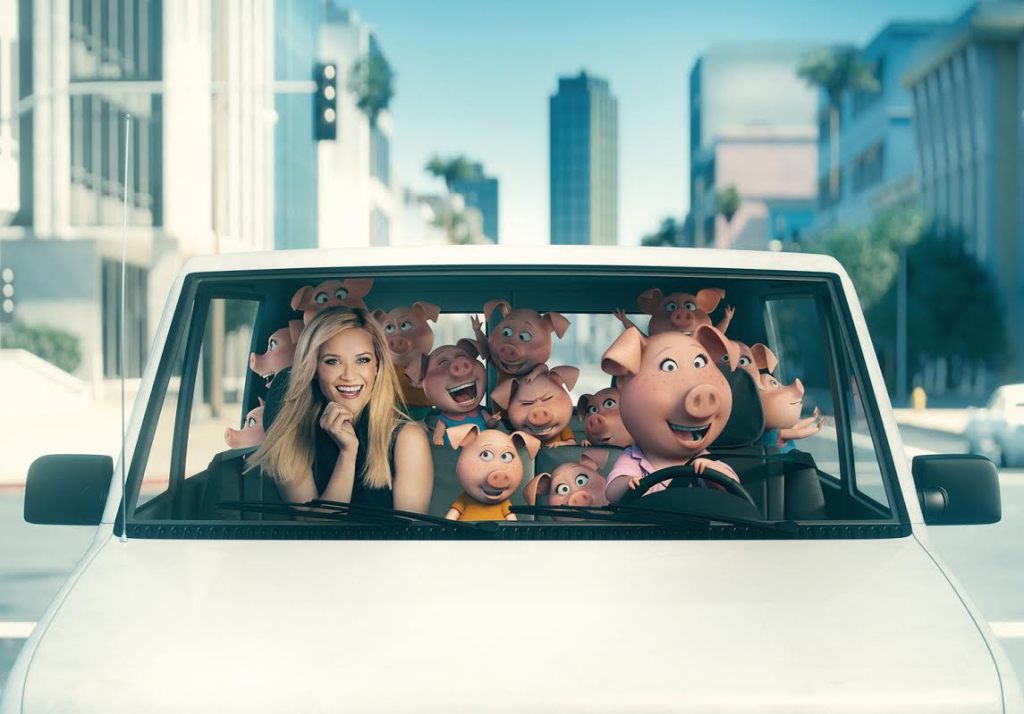 Rosita is a selfless homemaker and mother of 25 piglets who wants to remember what it feels like to be something other than a mother and wife. Oscar Best Actress winner Reese Witherspoon is Rosita’s talking and singing voice in Universal Pictures and Illumination’s musical comedy Sing.

Witherspoon proved to be the production’s ideal Rosita. Once a very promising singer, Rosita longs to recapture the feeling of being celebrated for her talents and to challenge herself in front of a live audience. Witherspoon first shocked the world with her singing talents in Walk the Line, in which she portrayed legendary artist June Carter. Praises Illumination founder Chris Meledandri: “Not only is Reese a brilliant actress and humanitarian, she has an inner fortitude that simply gives flight to Rosita. You root for Rosita at every step of the way because of the steely determination and maternal compassion that Reese gives this surprisingly complex character. She’s simply riveting in the role.”

In the singing competition, Rosita will be partnered with a Scandinavian pig named Gunter who instantly sees her inner diva and makes it his mission to unleash her incredible gifts. Their final performance will leave her family slack-jawed and appreciating her for the amazing talent that she is.

Set in a world like ours but entirely inhabited by animals, Sing stars Buster Moon (McConaughey), a dapper koala who presides over a once-grand theater that has fallen on hard times. Buster is an eternal—some might even say delusional—optimist who loves his theater above all and will do anything to preserve it. Now faced with the crumbling of his life’s ambition, he has one final chance to restore his fading jewel to its former glory by producing the world’s greatest singing competition.

Five lead contestants emerge: Mike (MacFarlane), a mouse who croons as smoothly as he cons; Meena (Kelly), a timid teenage elephant with an enormous case of stage fright; Rosita (Witherspoon), an overtaxed mother run ragged tending a litter of 25 piglets; Johnny (Egerton), a young gangster gorilla looking to break free of his family’s felonies; and Ash (Johansson), a punk-rock porcupine struggling to shed her arrogant boyfriend and go solo.

Each arrives under Buster’s marquee believing that this is their shot to change the course of their life. And as Buster coaches each of his contestants closer and closer to the grand finale, he starts to learn that maybe the theater isn’t the only thing that is in need of saving.

Opening across the Philippines on January 4, 2017, Sing is distributed by United International Pictures through Columbia Pictures. #SingMovie