The invitational opening ceremonies will be held on March 9 at Sky Park, SM Aura Premiere. Awards night is on March 12 at Samsung Hall.

The local film festival’s new tagline “Sine Lokal, Pang-lnternasyonal” lives up to its core as the roster of finalists handpicked by Sinag Maynila CEO and Founder Wilson Tieng and world-renowned and internationally acclaimed film director Brillante Ma Mendoza have been announced. “The upgraded mechanics for this season may have been a risky move, but we are very happy with the outcome,” says Tieng. “We are looking forward to the reception of these films here and of course, internationally.” Copied from Cinema Bravo

With the tremendous success of Sinag Maynila’s debut in March 2015, more talented filmmakers took their chance in getting a nod to be part of the competing roster as it has been closely associated with the opportunity for international recognition. This year’s categories include Full Length, Short Film, and Documentary. 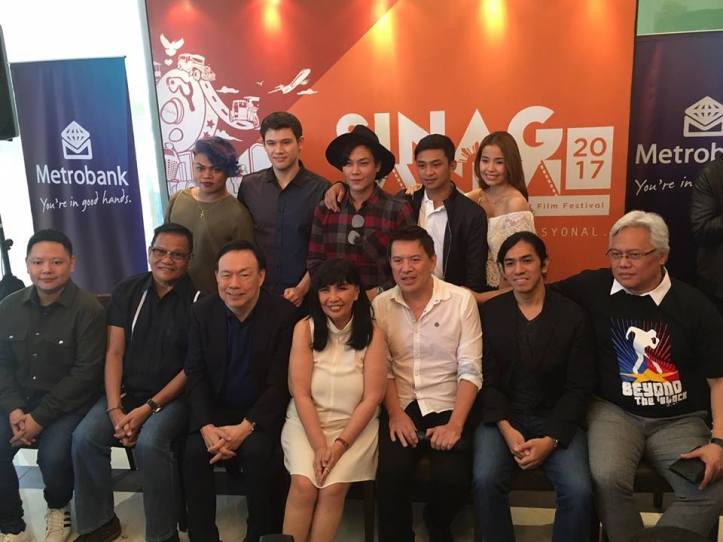 The story delves into what is supposed to be a victorious day for Boy whose first born; Jemjem, graduated from elementary with honors. Throughout the story, bits and pieces of fighting against oppression of losing his main livelihood as a vendor, of fighting for his winnings in a bet to game fowls, fighting for his honor as a family man, and eventually fighting for his own life against fate will be revealed. “KRISTO” stars Angela Cortez, Julio Diaz, Kristoffer King.

2. “BEYOND THE BLOCK” by Ricardo Carranza

Spanning fifty years and charting a path across three continents, “Beyond the block” weaves a thoughtful, personal account of Hip Hop Dance in the Philippines. From the sensational TV program of “Penthouse 7” in the 70s to the cult classic “Dance 10” in the 80s to the struggles of Filipino contingents in today s biggest international dance competitions, the film lovingly showcases the special place of dance in every Filipino life.

Expelled from her nine-year occupation in the call center industry and discriminated upon because of her homosexuality, Kaye Cienfuegos, struggles to make ends meet. Her search for p lace and identity is cut short when her best friend Bonn appears on her front door with her adopted Swedish son Bjorn, and together they face obstacles to provide for their basic needs and rights in a society where a fair chance is out of reach. “LADYFISH” stars JC Santos, Martin Escudero, Brenda Mage, Ruby Ruiz.

5. TU PUG IMATUY (The Right To Kill) by Arnel Barbarona

In an indigenous community in Mindanao, the couple Dawin and Ibunay raise their three children amidst the threat of a mining company.

When their youngest child dies from illness and gets buried, the family later encountered soldiers assigned to protect the mining firm from guerrilla rebels. The soldiers instead turned their attention on the couple. Their harvest gets thrown away, and Ibunay gets raped. Both were forced to guide the soldiers in their search of the rebels.

The search leads them to the community school where the soldiers held the teacher and the children. Ibunay manages to help them escaped but this enraged the soldiers and they vent their anger on Dawin. Ibunay’s recourse in this course of events is to fight for her dignity and for the survival of her family and her tribe from the abuses of the military.

“Tu Pug Imatuy” is the indigenous Manobo term for “The Right to Kill”.  The movie is inspired by actual events in Mindanao where indigenous peoples have been subjected to abuse and attacks in the course of the government forces counter-insurgency campaign.

1. “I Am Jupiter, I am the Biggest Planet” by Matthew Victor Pastor

Silence in the red light district of Manila.

It took burgers and one girl for a man to discover his place in the universe.

Two brothers deal with the sudden loss of their father and an eventual separation from their overseas-Filipino-worker mother. Some things are hard to grasp that’s why they look to the sky for answers. Could it be aliens?

A deaf kid who dreams of going to school faces a series of rejection from his mother because of an unprecedented past.

In the streets of Manila, the homeless stuggle to live. Some fool others; others don’t want to be fooled and some immitate some in order to survive.

Follows the story of a grandfather and his grandchild who works as fishermen in Bacoor, Cavite.

A documentary that revolves around the life of 3 kids with cerebral palsy, who were aboned by their parents due to their condition. They were able to find love and affection from people who, may not be their kin1 show compassion without any form of compensation.

3. “The Recycled Spirits of Roel Cabato” by Noah Del Rosario

Meet Roel Cabato: an llocano-lfugao artist and environmentalist from Baguio City, who spends his time creating artworks from whatever he can find in his home/art space called Hanan’chi (Aninito Art Space and Cafe). His works represent his spiritual connection with Ifugao culture as well as his advocacy for environmentalism and recycling.

Pagrara San Patipuron follows a group of indigenous Aeta women weaving artists in Nagpana, a sitio up in the mountains of Barotac Viejo, Iloilo. The film explores their artistic processes and products, reflecting negotiations between tradition and modernity. With the help of two your artist entrepreneurs in the community, the women were empowered to explore their artistic imagination and extend the limits of the design process in the hope of transcending their present realities.

Renato together with his brother Alyo, are two of the few men who call themselves “Krudo Boys”. They scavenge for spilling crude oils coming from ships in Navatos City using only their worn-out boat and a piece of foam then selling it to the consumers. With this kind of grueling labor, they strive to work hard in order for them to provide food and shelter for their family.