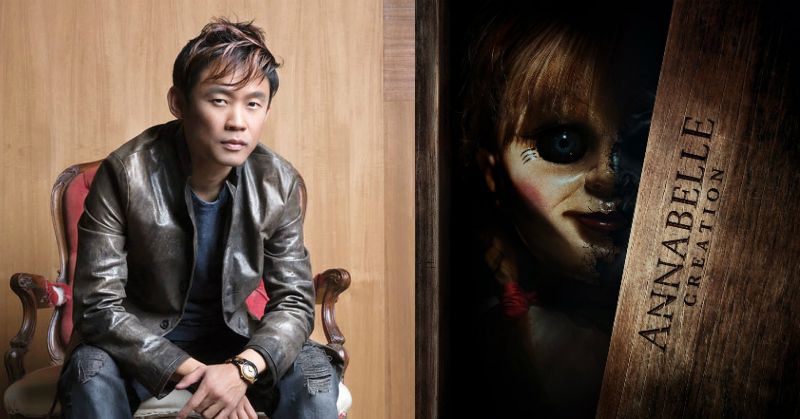 Regarded as one of the most creative filmmakers working today, James Wan expands “The Conjuring” Universe with the second chapter in the Annabelle series – New Line Cinema’s “Annabelle: Creation” (in Philippine theaters August 23, 2017).

Produced by Wan and directed by David F. Sandberg (“Lights Out”), “Annabelle: Creation” is the follow up to 2014’s hugely successful “Annabelle.” In the new film, several years after the tragic death of their little girl, a doll maker and his wife welcome a nun and six girls from a shuttered orphanage into their home. They soon become the target of the doll maker’s possessed creation, Annabelle.

“When I was directing the first ‘Conjuring’ and we were designing the Warrens’ haunted artifact room, I remember between myself, the studio and the producers, we all kind of looked at each other and said, ‘You know, it would be incredible if we could tell the stories of each of these objects,’” Wan recalls, referring to the collection the couple had confiscated over their years of paranormal investigation.

“Even then, we felt that giving Annabelle that prologue opening was cool, but we sensed she had a lot more stories to tell,” Wan continues. “Every time that doll appeared on screen for just those few minutes, people shifted in their seats. Audiences react to her.”

Wan was thrilled with the manner in which Sandberg embraced and enhanced the horror-verse he began. “David has given this film a very classic period look that takes it outside of the traditional horror films we’re familiar with in contemporary cinema,” Wan says, “and I think that’s been the key to keeping this universe feeling fresh and unique. Each of these standalone movies has a very different flavor, yet they’re all connected.”

Producer Peter Safran agrees. “What James has built and David has continued with ‘Annabelle: Creation’ are films that tap into the fears we hold in our very makeup, our DNA. We’re all drawn to the idea of this doll, this inanimate object that can somehow wreak such devastation.”

“These films are a great example of why we love to go to the movies,” Sandberg concludes. “It’s a safe, shared environment where we can experience such a great range of emotions, from fear to excitement and more. And in this case, we get to find out how another piece of this ‘Conjuring’ and ‘Annabelle’ world is tied together…and maybe even get a hint at what’s to come.”

Wan’s production company, Atomic Monster, launched its slate with the highly successful “Annabelle,” released on October 3, 2015. The film was produced by Wan and Peter Safran and grossed over $252 million worldwide. The second release for Atomic Monster was “Lights Out,” directed by David F. Sandberg and produced by Wan (along with Lawrence Grey and Eric Heisserer). The film was released by in July 2016 and earned over $148 million. Next up for Atomic Monster is the latest title in “The Conjuring” universe, “The Nun.” Currently in production, the film is being directed by Corin Hardy and produced by Wan and Safran, and is set for release on July 13, 2018.