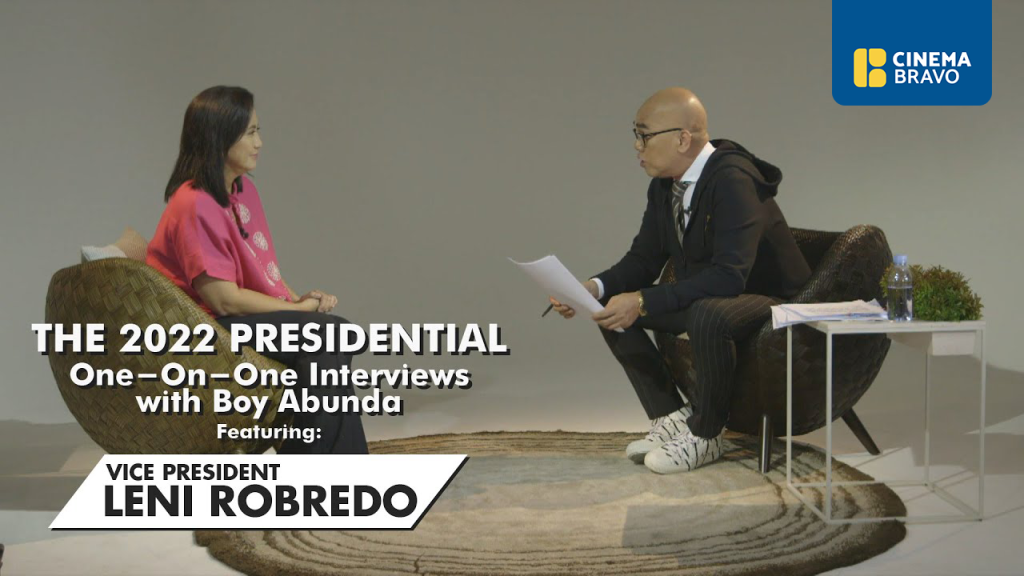 Various celebrities around the country lauded the performance of presidential candidate and Vice President Leni Robredo as she presented clear and concrete plans for the Philippines during her interview with talk show host Boy Abunda.

“Detailed, knowledgeable, experienced, armed with concrete plans,” she added, pointing out that Robredo knows how to address various problems because she spends time on the ground with the people.

“VP Robredo shines all the more when faced with adversity because that’s just how it is with born (servant) leaders. The better for voters to see that and make a right decision. Pls choose for the greater good,” actress Pia Magalona said on Twitter.

Magalona also praised Robredo’s all-out work, especially during the pandemic where she delivered various programs and projects to help those affected by the virus.

“YES!! During a crisis you must go all out, to the point of micromanaging, because lives are at stake and that’s the priority bec how you address the crisis dictates the outcome,” she said.

Veteran actor Edu Manzano, for his part, congratulated the Vice President for a job well done during her interview with Abunda..

“Even more proud and more sure of my decision to vote for Leni Robredo this May! Bravo!” said actor Gabe Mercado.

“Catching up on the Leni Robredo interview by Boy Abunda. She is so clearly a woman with a plan. #LeniAngatSaLahat #LetLeniSpeak,” singer/vlogger Saab Magalona said.

#LeniAngatSaLahat became the No. 1 worldwide trending topic on Twitter with more than 166,000 tweets during Robredo’s interview.