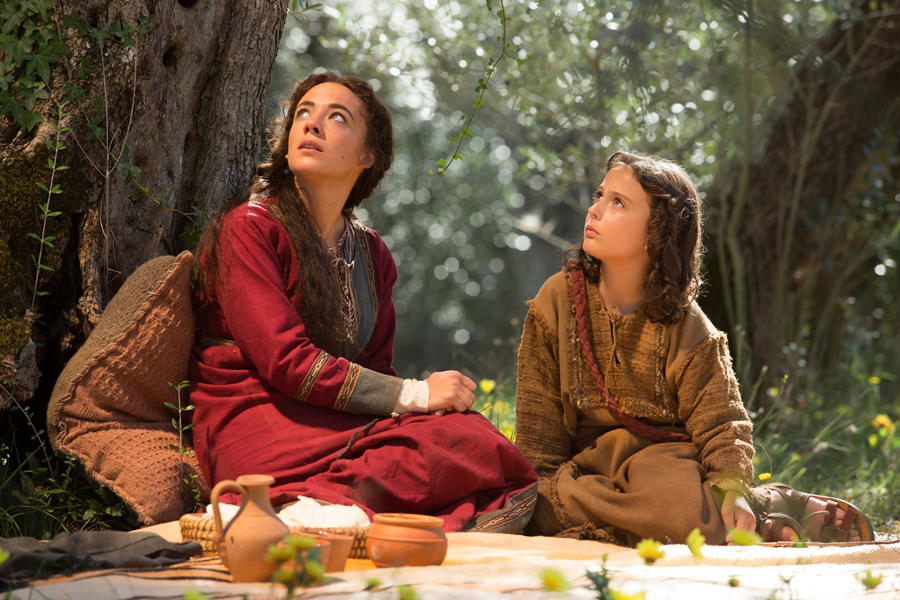 At the heels of blockbuster movies from Chris Columbus such as Gremlins, Home Alone 1 & 2, Mrs. Doubtfire, Percy Jackson films and the Harry Potter franchise is the faith-based epic The Young Messiah which he produced under the direction of Cyrus Nowrasteh.

Columbus once again demonstrates his acumen for nurturing and cultivating young talents in “The Young Messiah,” replicating his feat from the highly successful “Harry Potter” franchise by casting then unknown talents such as Daniel Radcliffe, Emma Watson and Rupert Grint in lead roles. Columbus now brings the young Adam Greaves-Neal at the center of “The Young Messiah” as the child Jesus along with an impressive supporting cast that includes Sean Bean, Sara Lazarro, Vincent Walsh, Clive Russell, Jonathan Bailey and Christian McKay.

“The Young Messiah” is based from Anne Rice’s novel “Christ the Lord: Out of Egypt” where the author imagines a year (7th) in the life of the young Jesus. In the movie, Jesus’ parents, Mary (Lazarro) and Joseph (Walsh) are seen bearing the responsibility of raising the Son of God. Rice, in her Facebook page previously revealed that she was brought to tears upon seeing film for the first time further stating that “I support it with all my heart. The writing, the directing, the cast are an author’s dream of fidelity to the spirit of the book and book’s concerns for biblical and historical accuracy. I’m so happy to share this.”

The inspiring story of Jesus as a young boy in “The Young Messiah” sees Greaves-Neal as Jesus embarking on a journey from Egypt to Nazareth after he miraculously brings someone back to life. When King Herod (Bailey) orders the death of the child, Roman centurion Severus (Bean) is tasked to find the family across the desert. Young Jesus then turns to his parents for answers as he grapples to understand His own divinity. But how do they explain God to his own son as they worry about his safety at the same time?

“This movie really hangs on a young child,” says Nowrasteh on casting Adam. The director decided to send Columbus a tape of Adam along with tapes of other boys that they were considering for the lead role and Columbus’ response was immediate, “He said that no one else came close to Adam.”

Adam, just nine years old at that time, naturally took on the role without feeling overwhelmed. “I just think, I’m a boy that can do great and surprising things,” he shared on how he tried to play the role.

Sean Bean in turn says that his character is also of importance to the story. “He sees Jesus and his family, he’s out and about on the streets and city all the time, and then he answers to Herod, who sits there on his throne surrounded by concubines and debauchery. Eventually, he has a big change of heart when he decided who he can be loyal to. And that’s to Jesus ultimately. You could say he’s the first convert to Christianity, he epitomizes that.”

“There’s a huge audience for faith-based films and this is the original story of one of the greatest people to have ever lived,” concludes producer Chris Columbus.

Discover a year in Jesus’ childhood in “The Young Messiah” when it opens in Philippine cinemas on June 29, 2016 to be released by Pioneer Films.

Comm 110 Ethics 1. BA Film 2. Favorite book: The Little Prince by Antoine de Saint-Exupéry. The parables and allegories written in the novel are timeless and achingly relatable. 3. Favorite film: The Tale of Princess Kaguya directed by Isao Takahata. Concerned with transcience, mortality, and the necessity of endings, the story is masterfully written and deeply moving. 4. Favorite media practictioner: Hayao Miyazaki (film director/animator). His creative prowess and playful imagination is something to be idolized as an aspiring writer, storyteller, and filmmaker. 5. Favorite band: The Strokes. My musical taste has changed ever since I started listening to them in high school. They have also influenced my songwriting and music in numerous ways. 6. Favorite meal: Naan and Curry. It shall remind me of the friends I hung out with during my year-long stay in Japan. 7. Hobbies: Songwriting, Poetry View all posts by Anthony de Ocampo