Organized by the Film Development Council of the Philippines (FDCP) in cooperation with the Cinematheque Centre Manila, “Ringgo: The Dog-Shooter” has three remaining screenings to date:

The film is produced by Olivia Films Production and direction by Rahyan Carlos. 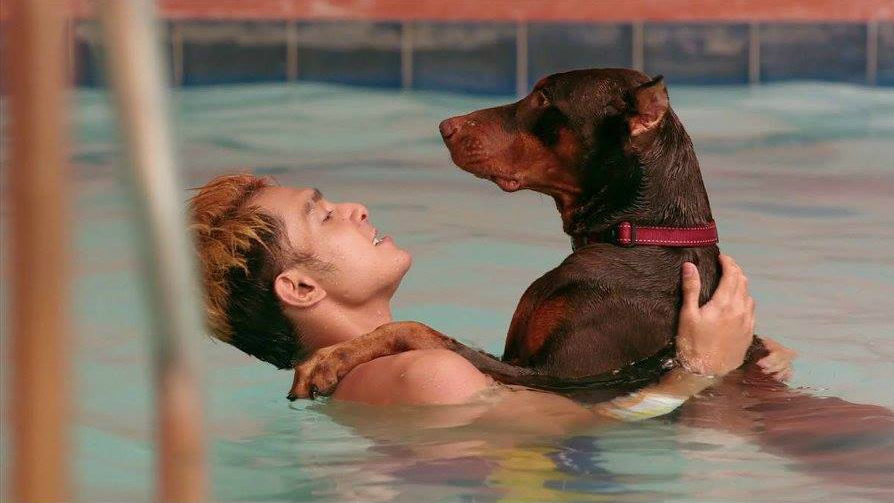 The story was conceptualized by Carlos four years ago, who thought about making a film about dog-shooters – a person who assists dogs during mating. Carlos himself is a dog-lover and breeds Alaskan Malamutes, Saint Bernards, Dobermans and Golden Retrievers.

This film also tackles issues of lesbian couples, children who feel unloved by their parents, and the relationship between a dog and his owner. This is their story. “Ringgo: The Dog-Shooter” shows that people need not be related by blood to genuinely care for each other and that man’s best friend should be loved and never be physically abused by humans. Genre is dark drama and rated R-13 by the MTRCB.

SYNOPSIS: This is a story of the journey of 3 souls heading towards healing and redemption. Ringgo is a 16-year old boy who works as a dog-shooter (the one who assists in mating dogs with breed — he will see to it that the private parts of the stud and the bitch will be locked during the mating and no sperm will be put to waste in the process).

Ringgo works for Bong, a 40-year old lesbian who is a breeder of dogs. One of Bong’s dogs is Inca, who is a traumatized Doberman. Things will get complicated when Ringgo, Inca and Bong develop a relationship as if they were really mother and child, and get entangled in each other’s personal issues and becomes each other’s protector and defender.

The one that ties the three of them is that invisible umbilical cord… the cord of love and sacrifice.