“But for now, let’s wait for the rain to stop.” – Claren Torres 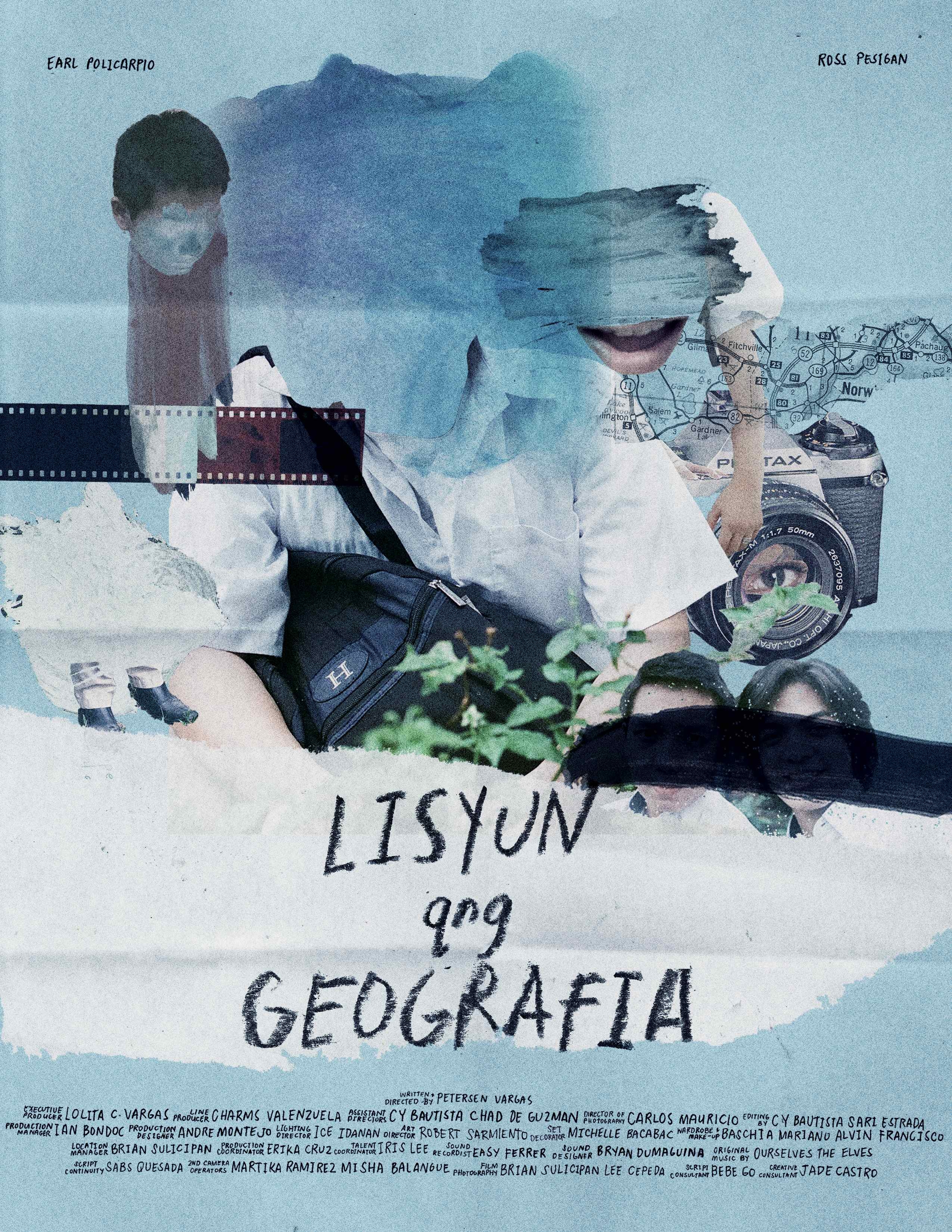 It is but fitting for young director Petersen Vargas to start his debut film with a quote from an important person in his life–something that encapsulates the overall mood of what is to follow, and to its extent, works as a tribute to that beautiful part. On the flip side is the real purpose of his work of art: a way to reminisce a piece of his past and to put closure on it.

Garnering recognitions across several film festivals, Lisyun Qng Geografia is a notable short film that speaks loudly and draws a lot of emotions from a fresh memory. As a thesis film submitted and defended at the UP Film Institute early last 2014, it was recognized as the Best Narrative Film Thesis in his batch. I was able to attend Likha Adarna at that time and it cannot be denied that from there Vargas’ promising work is bound for bigger things. True enough, it has participated in regional film festivals in General Santos City (Salamindanaw International Film Festival 2014) and Pampanga (CineKabalen 2014) and has even made rounds in international film festivals in Thailand and Mumbai. It was also one of the three winners of Best Picture in last year’s Gawad CCP for Alternative Film and Video. I have followed its journey at the ANI section of Cinemalaya 2014, Cinema One Originals Festival 2014, CineKabalen 2014, Singkuwento International Film Festival 2015, and now back at Cinemalaya 2015 where it is an official entry to the main competition. 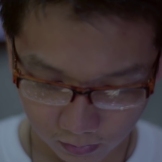 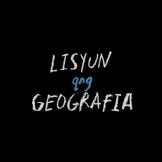 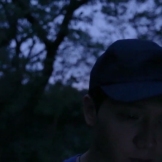 Lisyun Qng Geografia is essentially a nostalgic tale that is founded on the bittersweet taste of the has-been and the could-be. It tells the story of Tib (Earl Policarpio) who, before leaving Pampanga for good, chances upon an old map that pushes him to look back at his past, particularly the memories he once shared with his high school best friend, Tric (Ross Pesigan).

What appears to be a simple story of remembering high school is amplified by its intention to trigger a personal note in every frame and dialogue. We start with Tib getting ready to leave, boxing his stuff and weighing the sentiments of each memento until he comes across a map on which the trails of joy and struggles are etched. This map contains these memories that he finds hard to simply let go. Or, perhaps, the hardship of letting go makes the idea heavier that it is just about time to face this past. There is enough reason for him to retrace his steps; the significance of Tric is indispensible–that one person he has been so used to being with that it would be dreadful to get away with.

The beauty of Lisyun heavily relies in the tightness of its story. It is easy to attach one’s self with the emotions at hand because they are familiar. What lingers is the aftertaste that lets us recall our own stories and find ourselves one way or another in the characters. Amidst their respective uncertainties, the bond between Steven/Tib and Patrick/Tric is something to root for. The chemistry is there with the sparks in their eyes and the burst in their laughter. In the same manner, the pain is there in their sadness and longing. There is the apparent hurt of looking, of looking for more, and of looking away.

Drowned by the sound of raindrops, easing himself by heaving a sigh, Tib knows that there is a missing piece to search for. It has already been several years since their last year in high school but the ghost still haunts like a scent that never fades. He looks back to relive the memories that are of equal weights joyful and hurting. It would be impossible for him to dismiss the idea of forgetting, albeit there is the implication of burying everything in a snap.

Not everyone will be able to relate to Tib and Tric’s love story–if we could put it that way–but this same story is very human as their feelings are built on real emotions. We get to establish in ourselves the bond between the two character as we take a good look at their everyday routines: fetching from one’s house and off to school on a bike, spending break times at the backyard of the school where they find solace, sharing interests and capturing the most mundane moments there could ever be. And from there we draw the courage to drill deeper into the core of what their hearts are beating for.

The flashback scenes are meticulously colored in blue–something reminiscent of the Taiwanese film Eternal Summer that also tells a story of two high school best friends who also have strong attachment to each other. Painting these scenes in blue adds up to the melancholy of that period. The beauty of Pampanga is attentively captured through the lens of a Kapampangan director who is keen on promoting his heritage inasmuch as utilizing the language through the dialogues.

With homey scoring, Lisyun is successful in keeping the audience close to the goings-on. What made it more engaging is the use of the original songs from local indie folk band Ourselves the Elves. With songs such as “Baby I Love You So” smoothly attached to the scenes, the depth of the feelings involved is emphasized as if the dreamy rhythm and the poetry in the lyrics are entirely part of the story being told. It is as if these songs mirror the voices inside the head of the characters. Ourselves the Elves has given the appropriate level of sentimentality through their memorable lyrics and catchy melody, reaching its peak at the closing song, ultimately grasping the familiar ears.

At the end of the day, their friendship is all too fragile amidst the pressure of society. They keep on voicing out doubt in themselves and saying “I don’t know” is the most convenient way for them to do this. Their impending entrance to college frightens them as it would mean a different world to live in for the two of them.

“I don’t even know what the hell I’m doing here,” Tric would blurt out with Tib appeasing him with “That’s okay! As long as we’re together.”

Tric would feel a remarkable jump in his heart, only that it is not as often as the ache he keeps inside, whereas Tric would regularly bow his head as he displays a sincere cringe of falling apart–something he feels despite being with the one he loves.

There is the fear of rejection and facing the possibility of losing everything at once. 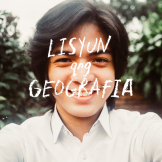 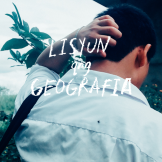 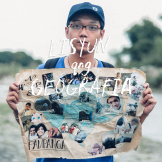 Lisyun concludes not by shutting the senses of its curious spectators but by opening more opportunities to see its simplicity as part of a bigger picture. The last scene is by itself a brilliant example of its openness: Vargas chose to end it by going back to a scene of uncertainty. Their doubts are floating along with their friendship in midair. What is next in life? What steps should be taken after this? What happens to us?

It does not end with the necessary answers but it sure has closed the doors of indecision. The map has finally led to a treasure worth keeping. 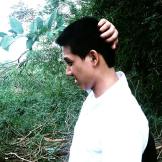 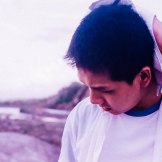 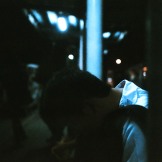 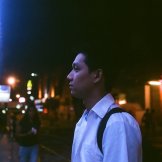 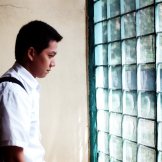 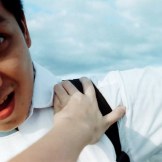 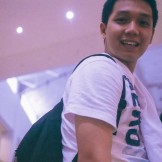 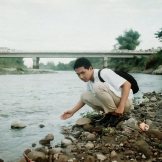 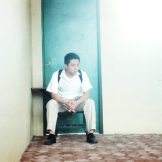 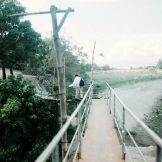 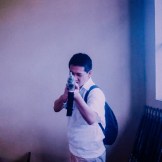 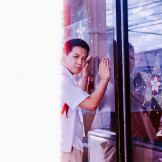 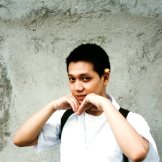 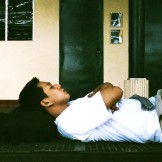 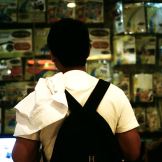